By Mario Schlosser, co-founder and CEO of Oscar 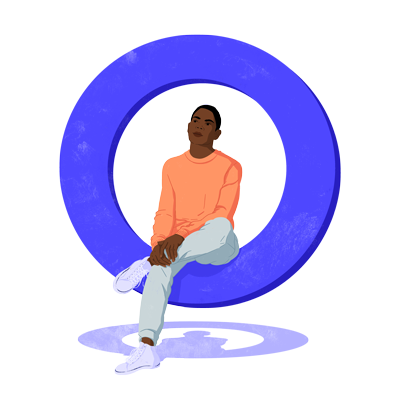 America's healthcare system spends twice the portion of its GDP on healthcare than any other rich country in the world for results that are no better - and in many instances worse. Despite its high cost, our healthcare system is full of nightmarish stories - of complex, impossible to read bills and unpredictable prices, and bad outcomes for patients.

The core issue with U.S. healthcare is that it is theoretically structured as an open marketplace, but without any of the transparency or competitive pressures that an open marketplace entails. So we end up in the worst case scenario: no universal access, high costs, and little consumer-orientation.

Oscar aims to make a healthier life accessible and affordable for all.  We believe every American deserves access to affordable, high-quality healthcare that fits their life.

A model for why U.S. healthcare doesn't work:

(1) Financial incentives are misaligned because most healthcare services still get reimbursed as fee-for-service. 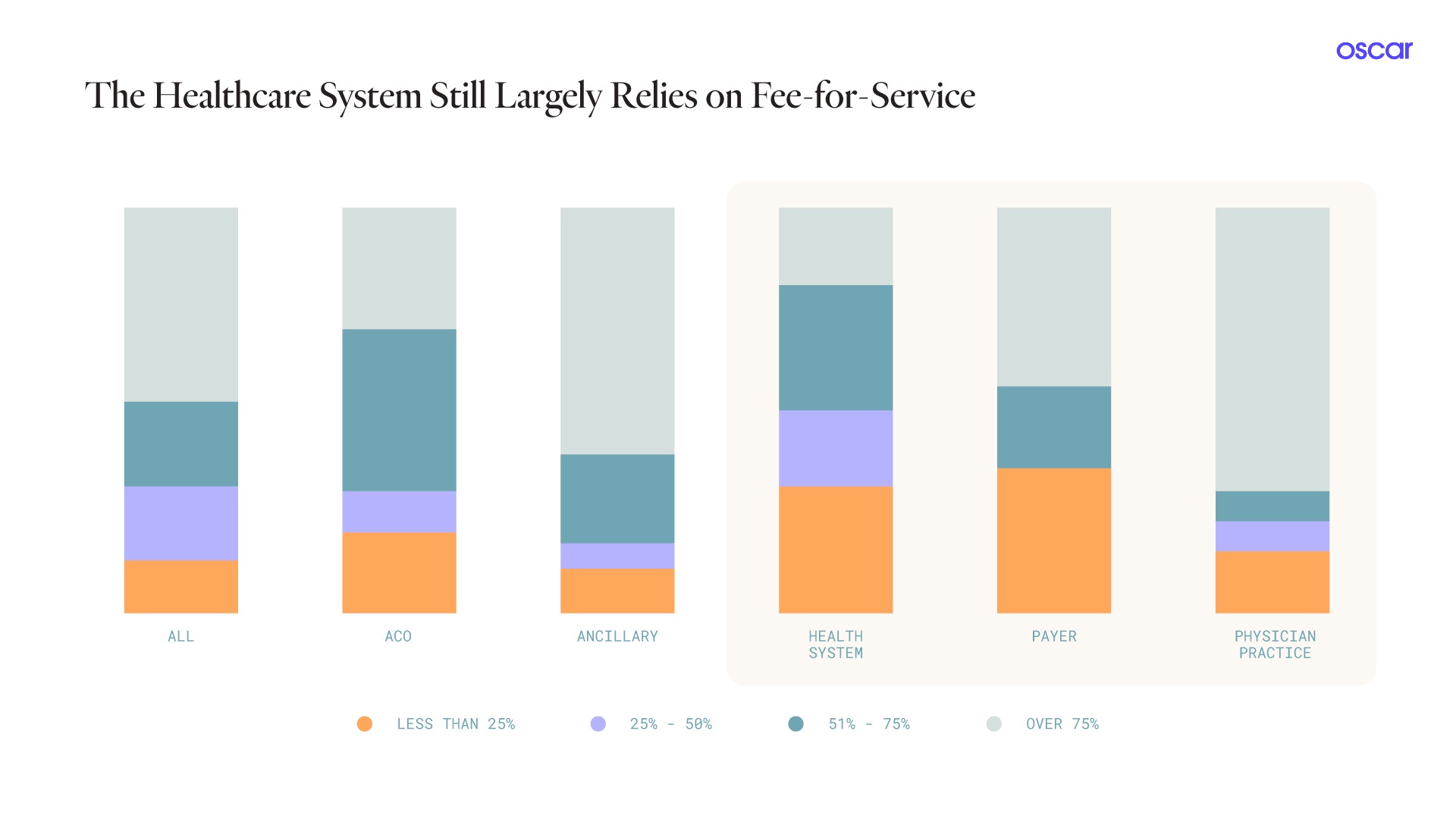 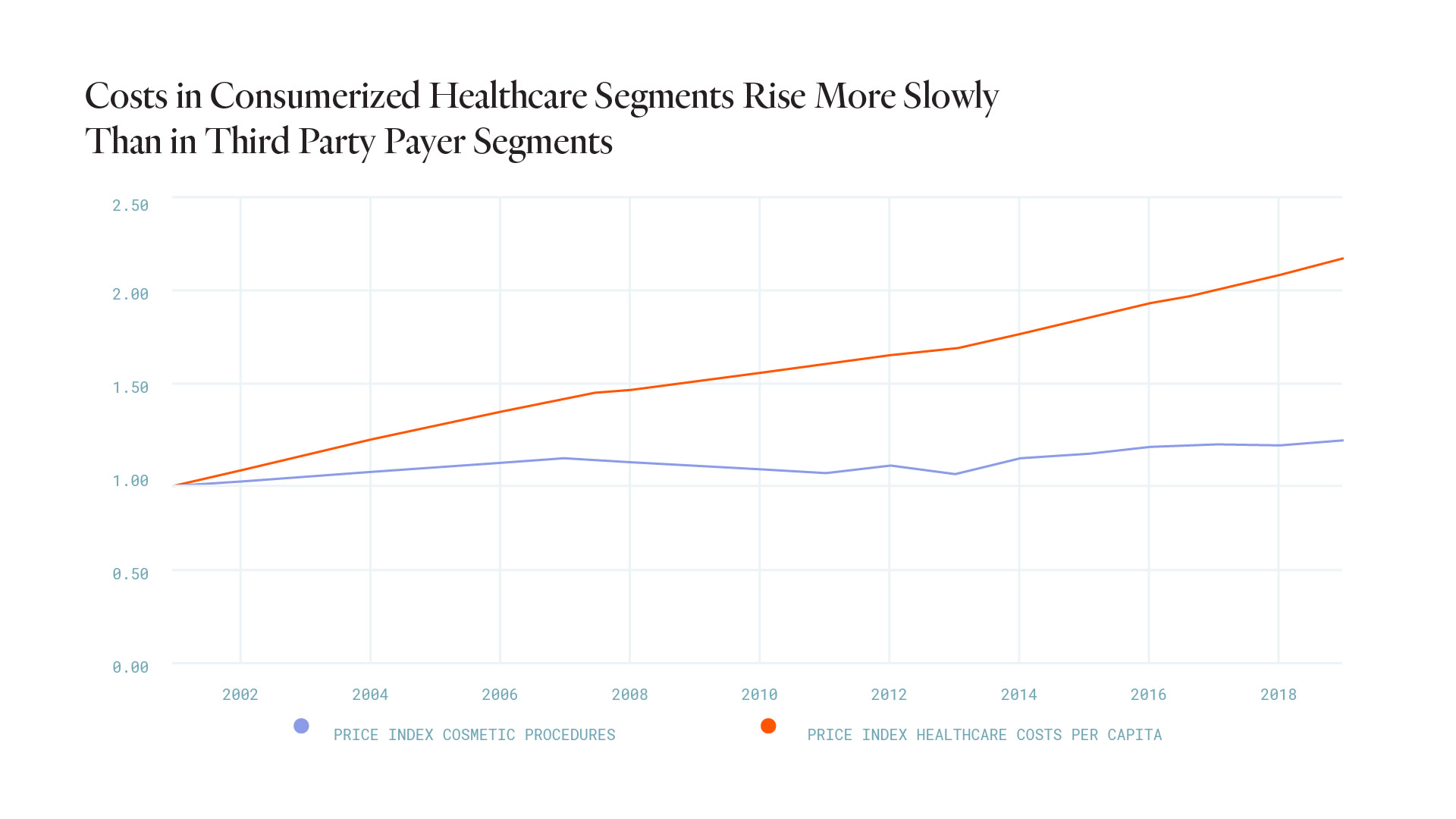 (3) As a result, cost and value don’t align: unlike in every other consumer-driven market, there isn’t as strong of a market mechanism to force costs and quality into line. 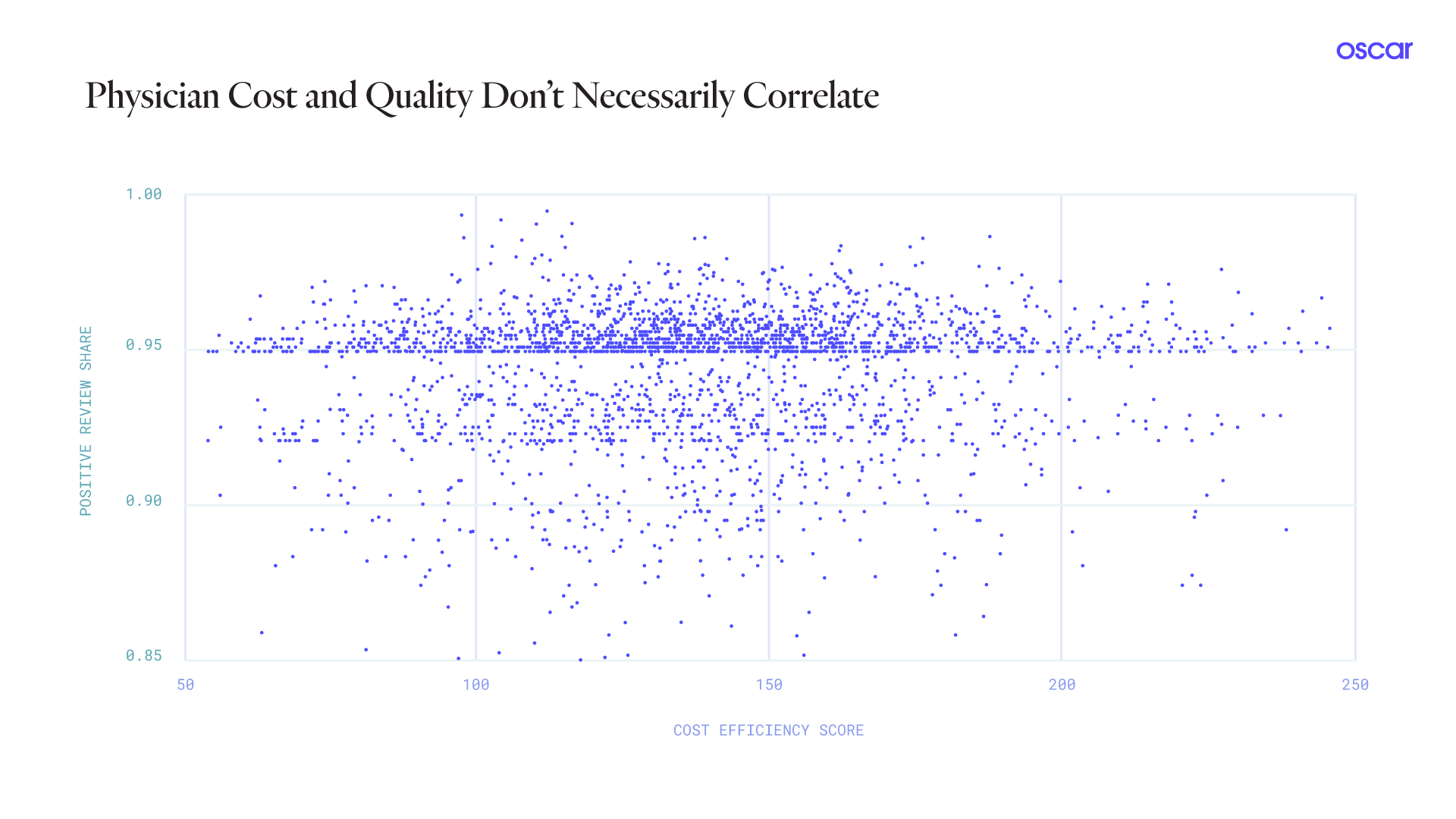 (4) There is little incentive to build longer-term economic relationships and build a great member experience:

We believe that healthcare today is not structured to incentivize the build of great tech solutions that will eliminate inefficiencies and allow for more of a consumer focus. 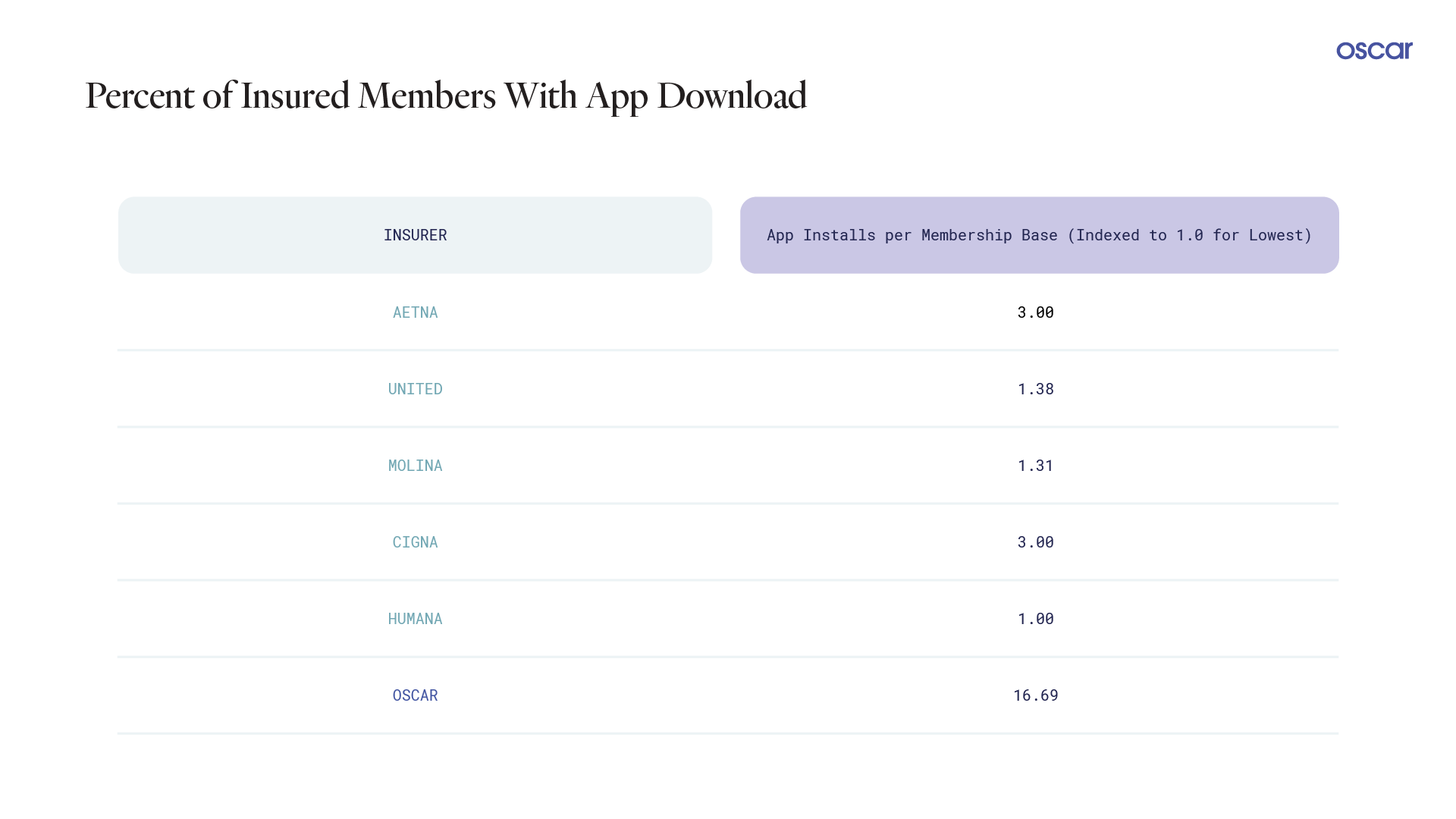 This chart represents the percent deviation to the average of total app downloads by membership as of December 31, 2020 from App Annie and regulatory filings.

They do four things that are critical within the system:

They are sales engines of risk in today’s healthcare system. Today, that mostly means building sales pipelines into HR departments and managing brokers and general agencies.

They identify and reduce risk per member.

They guide people to appropriate care.

Today, that means using either authorization (prior authorization, utilization management) or persuasion (customer service) to steer people to the right care.

They manage cost of care delivery.

Today, that means contracting a provider network without gaps and at competitive unit costs.

For us, the two activities of building a great insurer and unbundling it are synergistic.

Unbundling the health insurer into 4 core components is a direct evolution of modernizing the 4 core activities of a great health insurer. We can build a piece of technology once, and use it twice - to grow our own risk business, and to help others build/grow theirs.We are unique in our approach because we put the member experience first. Our overarching belief is that in a consumer-centric healthcare market, the company offering the lowest predictable total cost of care with the best member experience wins. So, improving the Oscar experience is core to our business model. When people have a better experience - armed with more confidence about the choices they are making - they can save money and become healthier.In summary, we aim to be a great health insurer focused on the member, unbundle the core building blocks of an insurer, and let others in the healthcare system build on those to create a more consumer-centric, economic healthcare system.

Modernizing the core activities of a great health insurer

These are the components we have built for our insurance business:

So these are our versions of the core components of the “classical” health insurer.

However, in our view, we believe the best insurer is a “decentralized” insurer that builds these abilities as a tech platform to power others, not just itself. The classical insurer isn’t necessarily the most effective place to deliver the 4 core components discussed above. That is because other entities in the healthcare system (doctors, health systems, digital health players) are structurally better positioned to build risk-based, direct-to-consumer, longitudinal relationships than employers or B2B-focused insurers - which means that the classical insurer is destined to become obsolete, unless it evolves its capabilities and unbundles.

Today, the vast majority of providers have not built direct acquisition capabilities, people are still surprised by unexpected bills and charges, and insurers largely struggle to retain members for longer than 3 years. Thus, very few market participants have an incentive to invest in long-term health outcomes, and old-school claims systems and providers’ inability to set their own incentives severely limits using financial levers to drive behavior change.

A better healthcare system would be one where providers:

(1) Can attract members.(2) Save members money by engaging them directly.(3) Retain members in long-term relationships and invest in their long-term health outcomes, allowing providers to share financially in the outcomes.(4) Directly control and personalize incentives.

So these classic insurance capabilities will be powerful ways to enable a more “decentralized” risk-based model that leverages the new world of APIs and interoperability.

Health systems should attract members into branded plans and manage them there, but they lack member acquisition and retention capabilities - our tools can help them with that.

Digital health startups are a new, emerging channel, and they know how to reduce costs in a particular area of care, but they lack the capabilities and the “reg(ulatory) tech” to tap into risk payment flows - our tools enable that.

Payers have powerful local market presence, but use a multitude of claims and utilization management systems to manage their business and can’t nimbly respond to market dynamics - our tools help them with that.

Risk-bearing physician groups have innovative clinical workflows and population health campaigns, but often can’t scale them and spread them to others - our workflow tools enable that.

In healthcare, it is easy to convince oneself of thinking that the more things change, the more they stay the same. After all, almost everything we’re seeing today has in some shape or form been tried before. What was called capitation in the 1990s is now called risk contracting. The ACA’s Triple Aim used to be called the Iron Triangle. Humana used to be a hospital chain that owned an insurance company. The hottest healthcare model of the 1990s was risk-bearing physician practices in gatekept HMOs, the hottest model of the 2000s was the exact opposite (broad-network PPOs), and now we’re going back to the future. The first time Google Health shuttered was on January 1, 2012, and Apple once made a handheld called the Newton. Meanwhile, the only constant is that U.S. healthcare costs rose from 8% to 18% of GDP, and went from being in the middle-of-the-pack of OECD countries to exceeding every other OECD country by a factor of 2.But across industries, what drives step-changes in innovation is the confluence of several big, simultaneously occurring trends. Digital music required the confluence of fast broadband in student dorms plus the development of 10x higher compression with the MP3 format. Just one of them wasn’t enough, but both of them together transformed an industry.Similar shifts have been occurring in healthcare. Before the 2008 stimulus bill, most U.S. hospitals and physician practices didn’t have EHRs, now they all have them. In 2010, very few Americans were on deductibles over $1,000, now it’s more than half. Individual Coverage HRA (ICHRA) was introduced in 2020 and allows employers to reimburse employees for some or all of the premiums that the employees pay for health insurance purchased on their own. More Americans than ever are choosing their own health plans, in Individual and MA markets. CMS will continue to push the system toward value and data interoperability. Every other industry has been moving its data into the cloud, but Amazon Web Services wasn’t even HIPAA-compliant until June 2013. (And the Apple Newton now has some notable successors.)These seem to us like meaningful shifts. Healthcare is becoming more individualized, more digital, and more value-based, and there is a great chance that it isn’t just going back into one of its decade-long repetitive cycles. More non-healthcare companies than ever before are entering healthcare. Ultimately, every one of them will need to act like mini-insurers, taking risk and tapping into the existing payment flows in this $4T market.Others are trying to build shareable technology in healthcare, but it just hasn’t really been done from the insurer’s point of view - though insurers are still one of the most powerful entities in the healthcare system. A decentralized insurer is uniquely set up to enable others to build trustworthy entry points to healthcare, to compile the most intelligent & quantitative individual model of a member’s needs & behavior, to route care in optimal sequences, and to pave the way with microdosed incentives.

That is the machinery we have been building: